What a journey this has been!

On May 5th, the Portuguese Node of ELIXIR, so-called BioData.pt, celebrated 5 years in an event that brought together history, experiences, knowledge and vision by the words of some of the many that contributed to the establishment of a biological data management research infrastructure in the Portuguese scientific system.

Over 130 participants had the opportunity to witness the impact ELIXIR Portugal has been creating in bioinformatics, biological data management and computing both nationally, through the support of research, training and innovation, and internationally, in collaboration with ELIXIR.

After the opening remarks by the Portuguese Head of Node, Mário Gaspar da Silva, Niklas Blomberg, ELIXIR’s executive director, kickstarted the first panel - Bioinformatics and Biological Data Management - addressing the major data challenges in the life and health science research panorama, a discussion which was built on by Arlindo Oliveira, distinguished professor at Instituto Superior Técnico and former ELIXIR Portugal’s Head of Node, who brought the audience an historical overview of science in Portugal and how the Portuguese Node of ELIXIR was created to support the national life and health science research community. 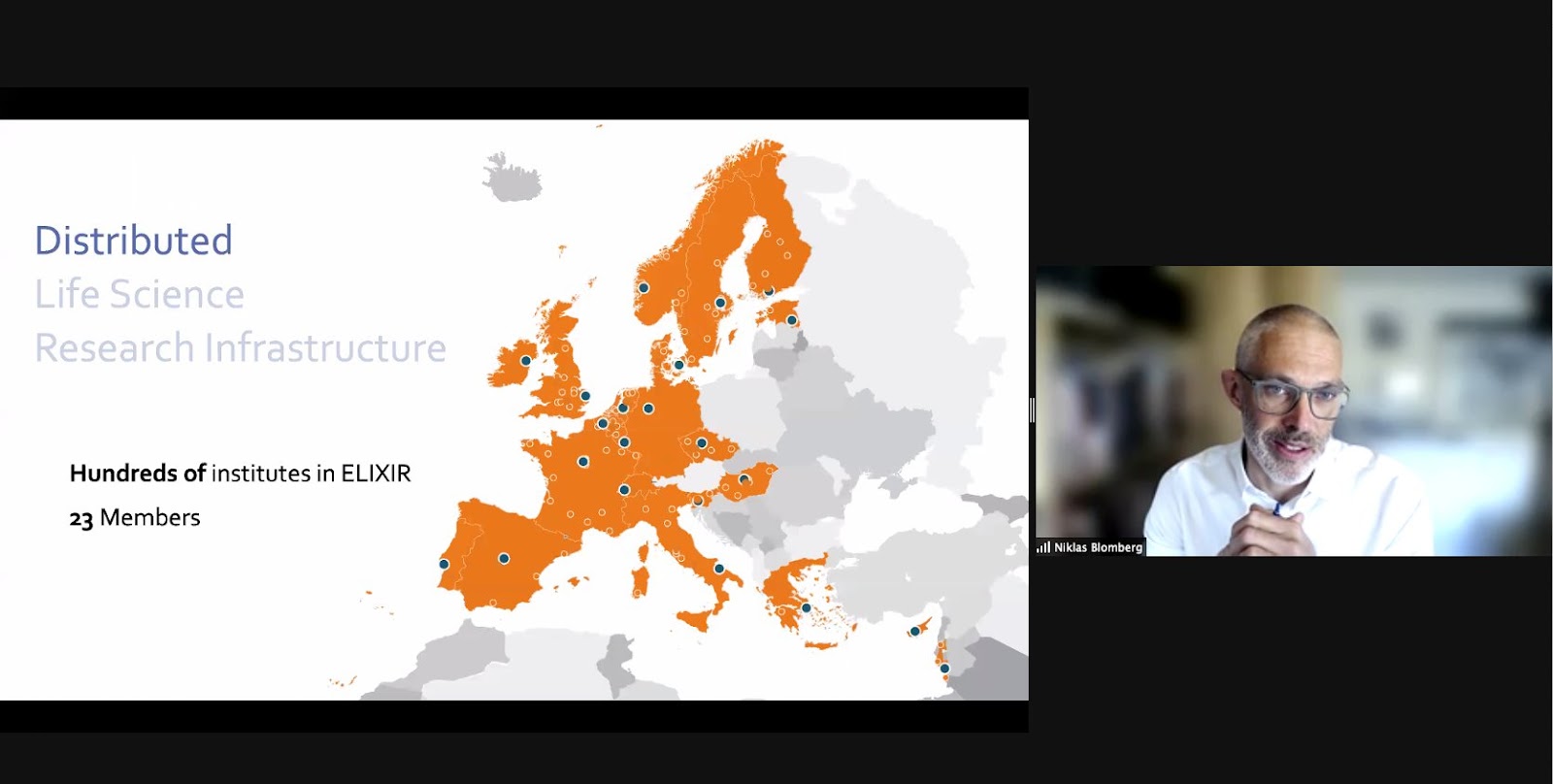 The second panel - Training in Bioinformatics and Biological Data Management - started with Celia van Gelder, Training Programme Manager at the Dutch Techcentre for Life Sciences (DTL), showed us how a strong collaborative effort in training, such as the ELIXIR training platform, is needed to ensure that researchers as well as developers, infrastructure operators, data managers and trainers can acquire the skills and competences needed today, particularly in the field of biological data management. Miguel Rocha, Associate Professor at the Universidade do Minho, ended up discussing the current landscape in bioinformatics formal training in Portugal and the challenges that need to be faced in the coming years. 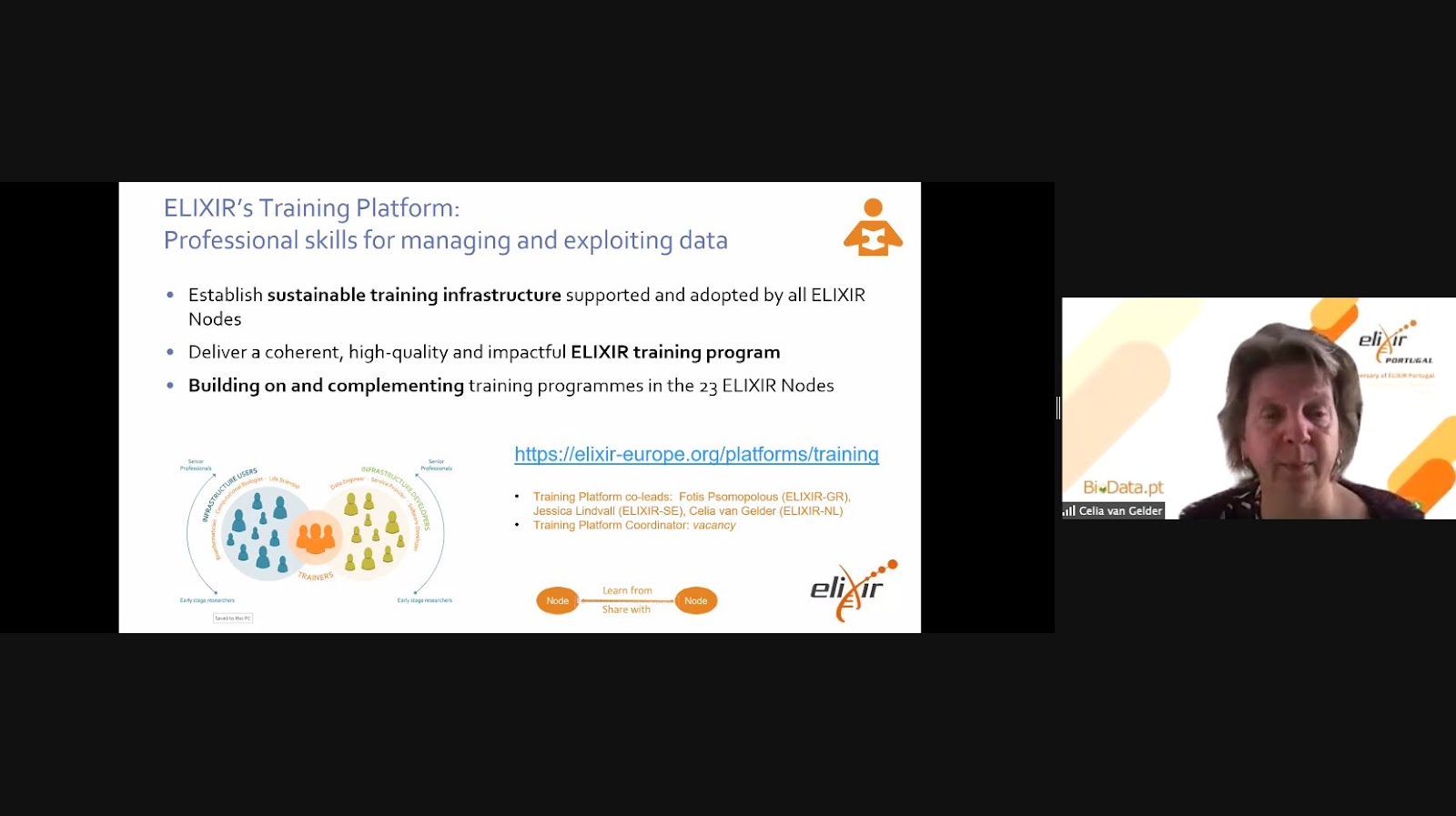 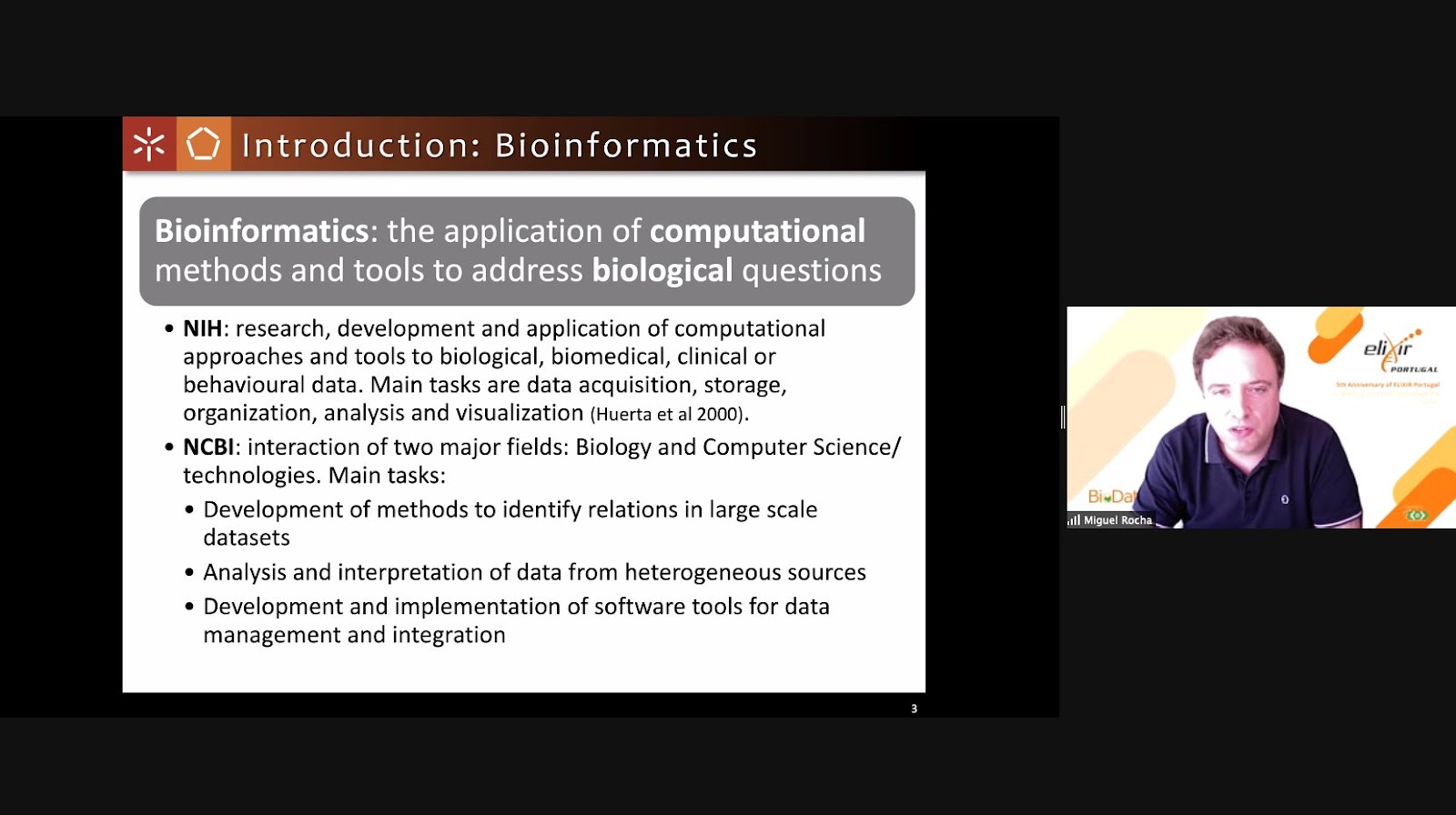 Last but not least, the audience had the opportunity to be engaged in a fruitful round table regarding ELIXIR Portugal’s data framework and domain-specific data challenges, where experts from the health, marine resources, industrial microbiology, drug development & discovery, and plant sciences research areas shared insights into the major challenges in bioinformatics and biological data management in a near future. Challenges that ELIXIR Portugal is called upon to facilitate and promote life and health sciences research data sharing bringing visibility and relevance to Portuguese science.

The meeting was closed by José Pereira-Leal, President of BioData.pt.

We would like to thank all participants and speakers for their interest and enthusiastic engagement and hope that we will be celebrating again soon!